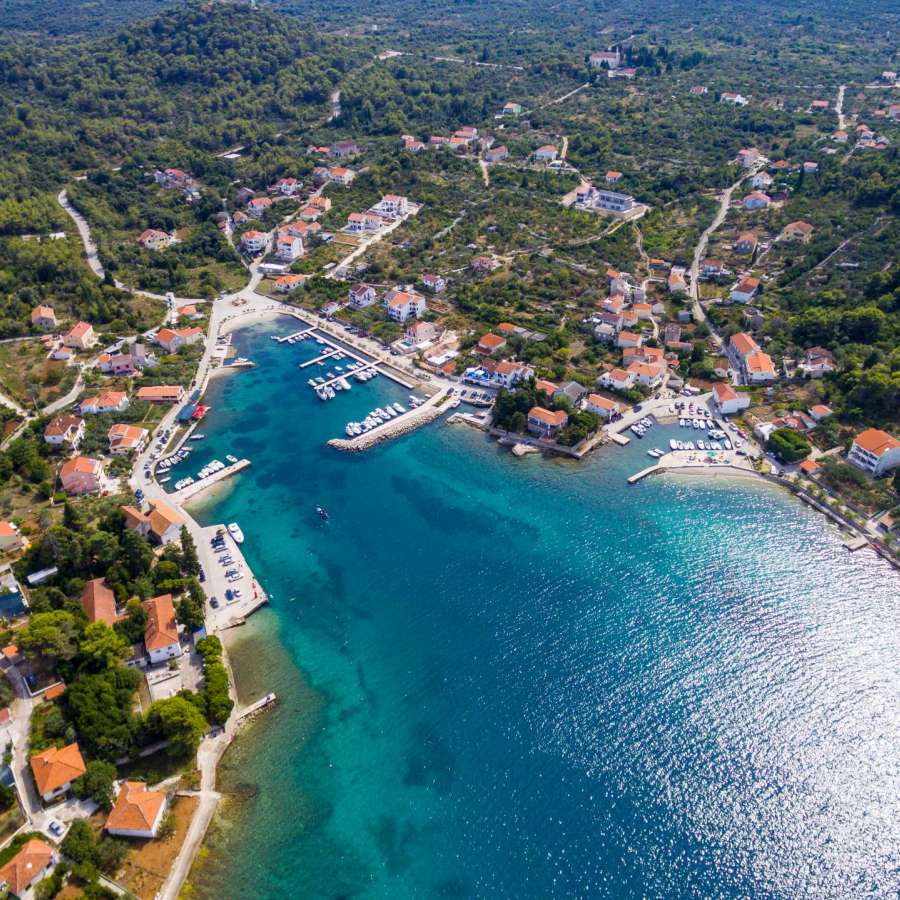 Lukoran has 503 inhabitants and three hamlets: on the coast Mali Lukoran, and in the interior of the island Turkija and Korčulanići. The picturesque tourist place has many hidden bays, and the large campsite also contributes to the popularity among tourists. According to legend, in Mali Lukoran, one of the greatest poets of Croatian romanticism, Petar Preradović, enchanted by the sunrise on the island, composed the famous Croatian patriotic poem “Dawn is Breaking, Day will Come” (“Zora puca, bit će dana”). The beaches are surrounded by centuries-old pine forests, and the economic basis are farming, viticulture, olive growing, fishing and tourism. Lukoran is mentioned in 1075 as the estate of the Benedictines from Zadar. The Church of St. Lawrence with Romanesque features was erected in 1877 and took over the titular of the abandoned church in the cemetery. The new church was built from the ground up, so there are no traces of earlier periods in the same, only the altars were carried over from the old church. Underneath Zmorašnji Lukoran (on the main island road) are the remains of a Gothic church and building; according to legend, they were built by Egyptian monks in the 14th century. Hill Šćah above Turkija and Korčulanić is the highest peak of the island Ugljan - 288 m. It is located northwest of the prominent island peak of St. Michael. The peak is marked with a pile of stones with a cross and the name of the peak.