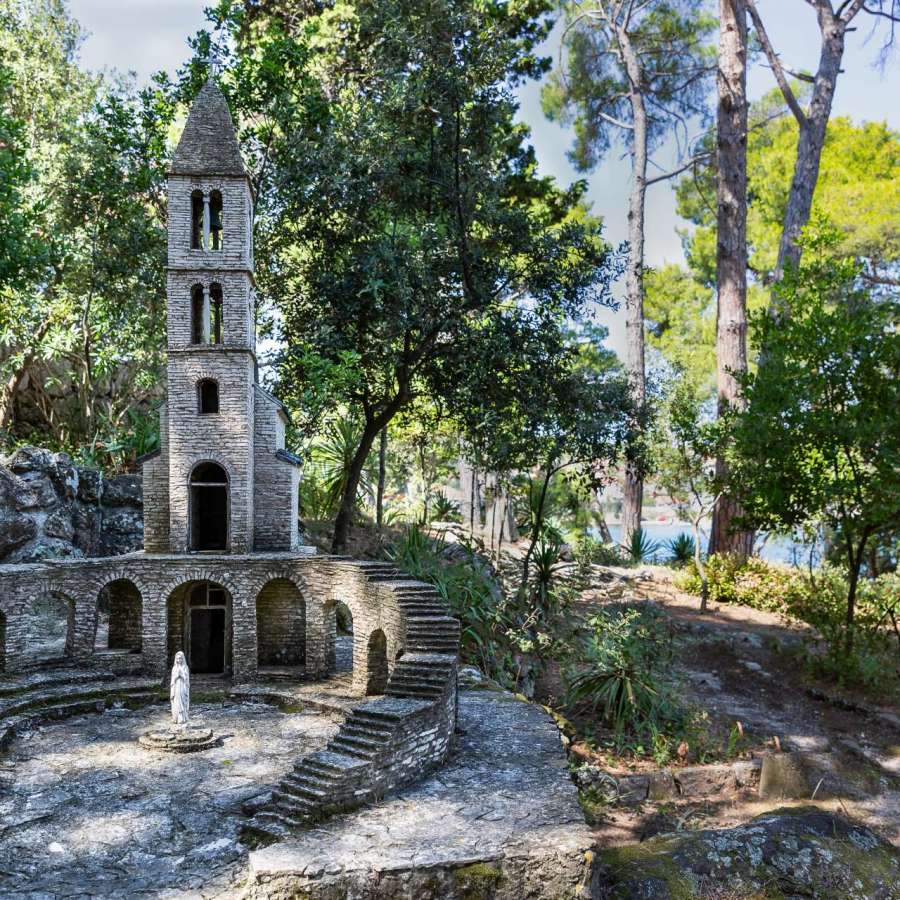 The island Ugljan originates from the Neolithic (New Stone Age). The first known name of the island comes from Plinius who quotes: "Opposite Zadar is Lissa".

In the Middle Ages the island was named after St. Michael, and the current name Ugljan is relatively new. This name actually indicates the main product of the island - olive oil.

The largest villas are located on Gospodska gomila, towards cape Supetar and Stivan in Muline, where the remains of a Roman mill, an olive processing plant, are preserved. Croats settled on Ugljan in the Early Middle Ages, as evidenced by the remains of stone wickerwork and a series of toponyms. Most of the land on the island was still owned by the commune of Zadar, which assigned it for use or ownership to the most famous aristocratic families from Zadar who build residential-farm buildings on the island – summer residences.

In the Middle Ages, Ugljan, like Zadar, came under the rule of the Republic of Venice. In the early 19th century, the island was briefly ruled by the French, followed by Austria, which remained in this area until the fall of the Austro-Hungarian Monarchy. It is a part of Croatia since 1918.