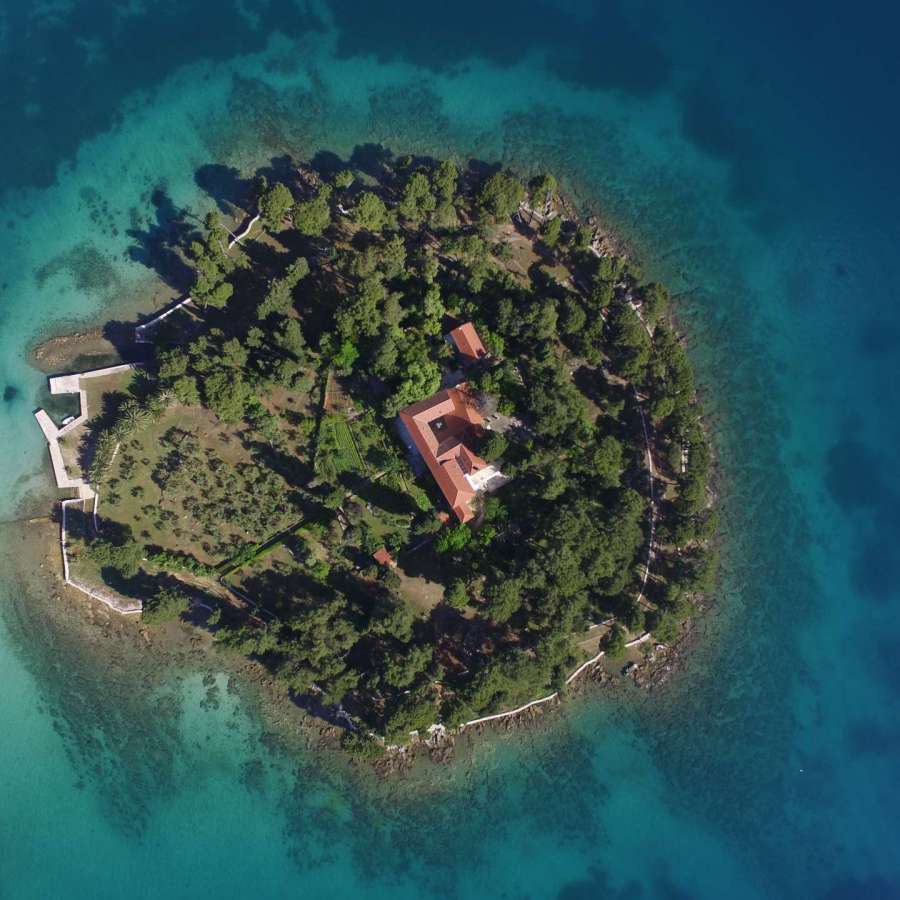 The islet Galevac or Školjić is located opposite of Preko. It is a favourite destination for swimming, touring and sightseeing of the old church and the monastery collection. It is only 80 meters away from Preko. The idyllic island with a circumference of 650 meters is one of the smaller islands of the Zadar archipelago. There is a Franciscan monastery from the 15th century on the islet, and in the past a printing plant, a gymnasium and a quarantine operated in the monastery, and the Franciscans were most deserving for the education and culture of Preko and the nearby villages. Within the monastery, there is a monastery library, and the collection of old and rare books is a protected Cultural Good of the Republic of Croatia since 2016.

Among the most valuable and oldest books is certainly the fifth edition of Marulić's "Judith" from 1527, there are also many Glagolitic missals and breviaries printed in Rome. In the monastery library there are in total 4654 titles, 7092 books and periodicals. There are several works from the 16th century in the library, dozens of books from the 17th and 18th century… Friar Šime Vladović began with the renovation of the library in 1925, the students of the grammar school participated in organizing the archival records until the Second World War, and from 1953 friar Vladović continued this work again. Since 1975 friar Nikola Gregov was taking care of the library.

Before three years, the state protected the inventory of the collection of the Monastery of Saint Paul the Hermit as Cultural Good. In July and August the monastery museum collection was opened for visitors.